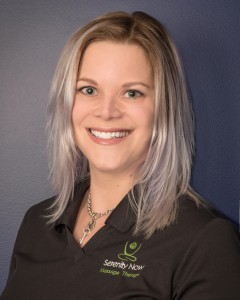 I started out my professional life as a Registered Dietitian on the surgical floor of a hospital in 2006. I quickly realized this wasn’t the enviroment for me, so a year later I transfer to a weight management clinic thinking I would be happier in an outpatient setting. Although it was an improvement from the hospital setting, I still was unfulfilled in my career. The last straw was when I was raped in 2011 in my neighborhood. As a result of the attack, I was diagnosed with post-traumatic stress disorder complicated with anxiety and depression. I was at the lowest point in my life and attempted suicide a few months later. Luckily, I did not succeed in my attempt, and after lot of counseling and support from family and friends, battled my PTSD head on and went back to school for massage therapy. 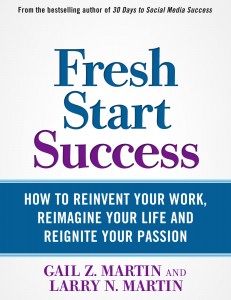 A month before I graduated from massage school, I had the opportunity to purchase Serenity Now Massage Therapy in August of 2012. It had been in existence for a year but was a failing business and the prior owner was moving to Asheville. I jumped on the opportunity even though my business experience was limited. In the beginning, there were two other therapists beside myself and now, less than five years later, I have grown the company to support and employ fifteen therapists. Under my leadership, I was able to turn a profit in six months and have had a 40% increase in net profit year over year, with the exception of last year, which was 30% given we are literally out of room space. I now own the building where we practice and just signed a lease on the building next door to double our current capacity.

My long-term career goal is to expand Serenity Now to the point where it can support both myself and my husband, who currently has a full-time job at an IT services company. He supported me during my difficult times, and I would like to allow him to take a step back from the corporate world. We do not have children, but I consider our three cats to be our “kids” and “furbabies”. I am thankful every day for my family and network of close friends and know that each day is a gift.

In closing, I believe that our thoughts shape our actions and our actions shape our realities. I think we can constantly reinvent ourselves and grow provided we think positively and find the good in our situations. I believe in this evolution of self so strongly that I had a phoenix tattooed on my back as a reminder that I refused to be confined or defined by negative experiences in my past. Instead, I have risen from the ashes and learned to look towards the future at all times.

Comments Off on Be Serene